In our group, the benchmark was run by @moustapha, who developed a robust approach using PC-Kriging and subset simulation.

The results are nicely summarized here on the official website, in which our team is “User 8”.

In the following plot (taken from the official website), we emphasize the performance of our UQLab approach. 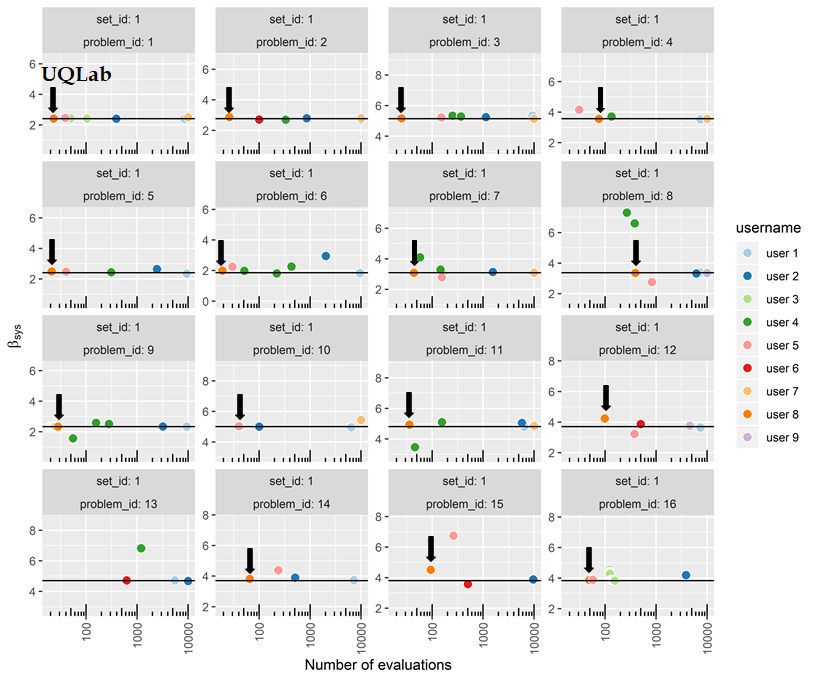 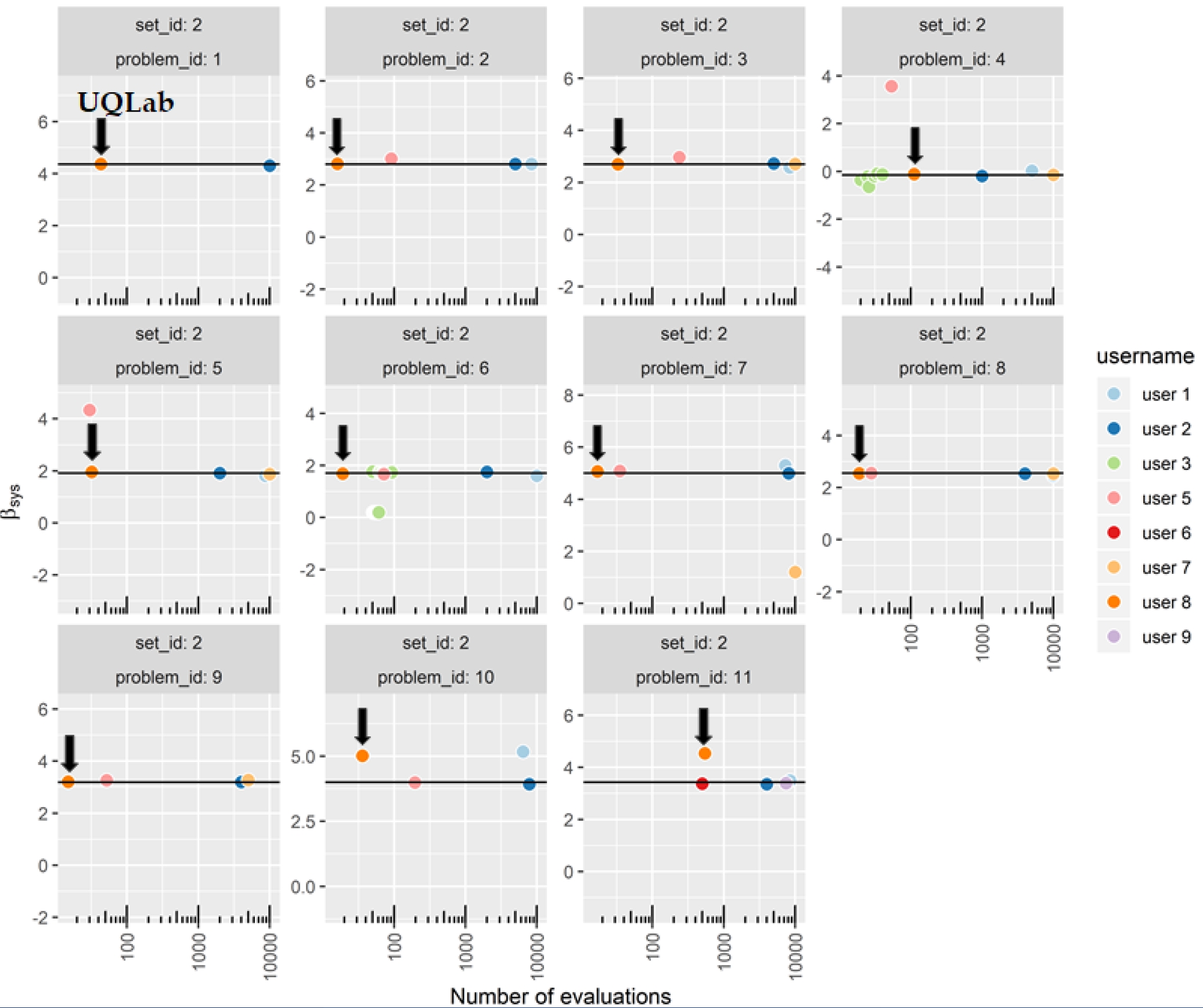 We are very happy to observe that our results are very accurate for most problems (except the ones with extremely large reliability indices, i.e. greater than 4). In terms of efficiency, our approach is more (to far more) efficient than the competing methods for a vast majority of the solved problems.

The benchmark was also the occasion for us to develop a new general-purpose module for reliability analysis based on surrogate models and active learning techniques that will be released with the next version of UQLab V1.4. The published results also helped us to identify the problems for which our approach is suboptimal. We’re currently working on it!