The infinite slope model is a 6-dimensional test function for reliability analysis methods. The model is used in geotechnical engineering to quantify the stability of a sloped soil under the influence of water infiltration (Phoon, 2008).

The limit state function of the infinite slope model compares the resisting force R due to friction with the loading S due to the soil and groundwater table.
The analytical expression of the function is given as:

The configuration of the model is illustrated in Figure 1. 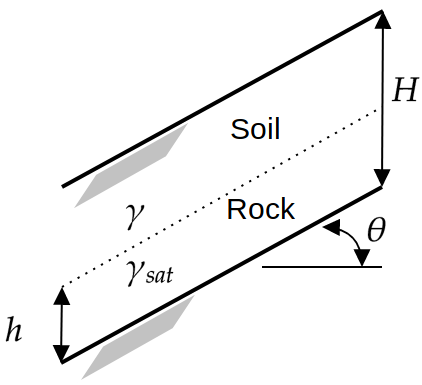 Figure 1: Illustration for the infinite slope problem, adapted from Phoon (2008).

The moist and saturated soil unit weights are not independent, because they are related to the specific gravity of the soil solids G_s and the void ratio e. The uncertainty in \gamma and \gamma_{\text{sat}} are characterized by modeling G_s and e as two independent uniform random variables. The moist and the saturated soil unit weights are computed using:

respectively. k is the degree of saturation of moist soil with a constant value of 0.2.

The parameters for the six independent random inputs are described in the table below.

Some reference values for the failure probability P_f from the literature are shown in the table below.

The vectorized implementation of the limit state function of the infinite slope model in MATLAB as well as the script file with the model and probabilistic inputs definitions for the function in UQLAB can be downloaded below:

The contents of the file are: