How to perform Monte Carlo simulationbased on built PCE to get histogram and confidence interval of output?

Greeting，the PCE is bulit,then how to perform Monte Carlo simulation based on PCE model to get histogram of output,and store output to print it?

PCE is for stochastic system,then if input X is known,then how to compute output Y?

You can find an example on how to estimate statistical moments using PCE here:

Apply sparse PCE for the estimation of the mid-span deflection of a simply supported beam subject to a uniform random load.

Many thanks for your help!

Once the PCE is bulit,we can get statistical moments.

It’s in fact so straightforward that there is no example on this. We should add it!

Using the example mentioned by @styfen.schaer , once your PCE is built you use the following code:

OK. Thanks for your help! 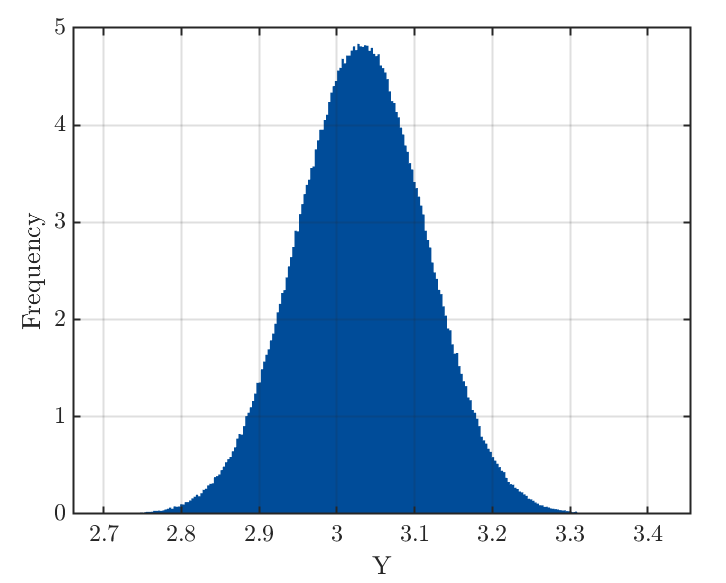 Pardon,I get the Frequency histogram, but the vertical axis is not decimal.
Why?

You simply have to normalize your histogram as explained and demonstrated here:

Many thanks for your help and advice！

I hope this clarifies a bit how uq_histogram work!